Chinese Hand as the Beginning of Karate

The Real Meaning of Chinese Hand in the Martial Arts

There are two words, that have very different meanings that are pronounced “karate”.  The first is 唐手, it means “Chinese hand”,  and it is the older of the two. Actually, more correctly, it means “Tang Dynasty China Hand”, but the Okinawans simply use the “Tang” character to represent China. The other “karate” is 空手 and means “empty hand”. 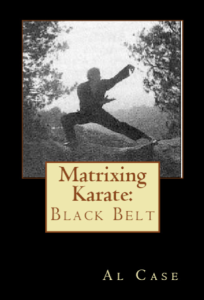 This distinction is important, and I’d like to go over a little of the history, why the history matters in understanding them, and why misunderstanding could be very irksome to those that understand.  I have seen more than one published writing with titles like “Numchucks! Karate Weapon par excellence!”, and I hope by the end of this article to show you why this is annoying.

To understand “Chinese hand”, we have to remember that Okinawa is not part of Japan nor China, it is a small chain of islands that is roughly equidistant from the two.  In 1609, the Japanese invaded and put the island chain under martial law.  The Okinawan children were often drafted and used as foot soldiers which was a death sentence by the Japanese.  To avoid this fate, the Okinawans would send their children to China.  While in China, the children often learned kung-fu.

Like many cultures of the time, the Okinawans had a fighting style of their own, passed down within the family, called “okinawa te” (Okinawan hand).  When the children returned, they mixed the Okinawa-te, with kung-fu.  Chinese kung-fu of the time was the Krav Maga of its day, it was battle tested.  However, kung-fu wasn’t meant for an unarmed peasant, dressed in their gi, to fight armored Samurai who were wielding the sharpest, and arguably best swords in all of history.

Because these fighting skills were illegal, knowing them could get you put to death by the Japanese, so the skills were taught only within the family, and were closely guarded secrets.

This new art born of necessity, was named “Chinese Hand”. Because children of the same area ended up in the same places in China, areas of Okinawa tended to have similar family styles of karate based on geography.  Eventually becoming fairly homogenous around three cities, thus, you have three large groupings of Okinawan karate, Naha-te, Tomari-te, and Shuri-te.

Under this Japanese occupation, and because metal was rare, and weapons not allowed, the use of improvised weapons became important.  The Okinawans made use of things like bean-crushers (nunchaku), grider-handles (tonfa), boat-oars (ieku), and water carrying poles (bo staff) as weapons.  This weapons art became Ko-budo (古武道) simply meaning ancient martial art.

When Gichin Funakoshi brought karate to Japan, the decision was made to make the name reflect the Okinawan origin, and the fact that it has no weapons, and thus, the Okinawan art called “Chinese hand” had its name changed to the homonym (and more accurate name) “empty hand”.

The only modern style of “karate” that continues to use the “Chinese hand” characters is “kenpo karate”, created by Ed Parker Jr.  However, according to his own writings, he clearly meant to use “empty hand” for in both his books and the Kenpo Creed, it is clear Mr Parker was unaware of the above, and used the wrong character.  Had it not been for these writings, I would attribute the use of the characters for “Chinese hand” as intentional, since part of his training included kung-fu under Jimmy Woo.

All of this to get to a simple point, if you have a weapon, your hand isn’t empty, thus there is no longer any such thing as a “karate weapon”, other than your own body.

Check out Evolution of an Art: three martial arts that span from Chinese Hand to modern Karate.

This has been a blog about the Chinese Hand of the Martial Arts.