Does Kenpo Have Too Many Techniques?

This was forwarded to me  by the erudite Tom Jackson. It backs up matrixing, and really says the truth about Parker and the many techniques of Kenpo, and in PArker’s own quote! 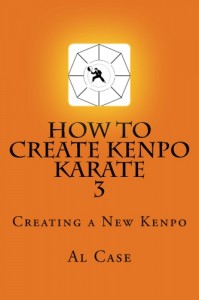 You’ll have to search for The Kenpo Journal on your own, but it sounds like a good bet.

Here’s Tom’s email to me on this…

Interesting Quote I found in The Kenpo Journal:

Ed Parker on Techniques:
I teach Kenpo, not for the sake of teaching the techniques, but for the principles involved in them. And even then, these principles must be altered to fit the individual.

The reason I give my techniques names is because there are certain sequences associated with these terms. If I told a student tomorrow that I was going to teach him a counter version to a double hand grab, it’s not as meaningful as when I say I’m going to teach him ‘Parting Wings.’

You’ve got to know how to vary things. A lot of the techniques I’ve worked with, they’re ideas, they’re not rules. At any given time, any of my moves can change from defense to offense, of-fense to defense.

Martial artists, and Kenpo people especially, become so involved in doing the techniques exactly right in such and such amount of time, that they get caught in a pattern that they can’t break. That’s not what they’re for. Specific moves, specific techniques are based, like the ABC’s in the English language or standard football plays.

You have to have a point of reference and from there the combinations are endless and limited only by universal laws, laws that you can’t change.

With respect to the late Mr Parker, after watching those two videos of his “Sophisticated Basics”
his attempt at organizing his material is not easy to grasp. Your matrixing is much better!

He’s got the mandala of circles-inside-circles, which is interesting, and then he’s labels both
blocks and strikes A, B, C, D, E, etcetera, and his main point is that one of the letters can be
replaced with something else. It is kind of interesting to see how physical moves fit into that mandala.

Gotta run bye for now, hope you don’t mind me rambling on a bit.

End of email…and if this is rambling, we need more.

Have you checked out the matrixing viewpoint of Kenpo? This is a complete analysis and matrixing of 150 kenpo techniques.