Speed up Learning with a Karate Puzzle!

The Karate Puzzle is the brainchild of Andreas Sturm.

Now, unfortunately for non-Germanic speaking people, the website is written in German. A wonderful language that I can’t speak. 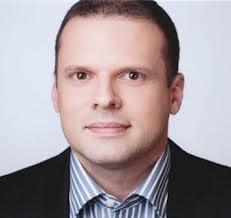 However, a little work with the google translator, and it is easy!

The puzzles themselves are sliding images, and all you have to do is figure out which button to click to mix up the images, then slide them back into place!

Now, I found this quite interesting, and it did tax my poor brain. Even after doing the forms for over forty years, I found myself having to sort through the pictures to figure out the sequence.

And, sorting them in this fashion will help your ability to learn the forms and do them faster.

It really is ingenious, and one of those things where you slap your head and think, ‘Why didn’t I think of this?’

But you didn’t, and Andreas did, and well done to him.

There are seventeen kata on the puzzle page, a full range of the Shotokan forms. This will keep you busy into the wee hours, so when you can’t get to the dojo, you can simply open a soda pop, go through the various forms, and get yourself an armchair work out that actually works!

Though the website is in a foreign language, using the translator I was able to read it pretty easily, though a bit slower than I am used to. It is a good website, fileld with solid information, and, of course, there are the puzzles.

Interested in visiting the site? It is at Karate Puzzle.

This article was written by Al Case, for more information on fantastic martial arts training methods like the Karate Puzzle, visit him at Monster Martial Arts.

One Response to Karate Puzzle Makes Martial Arts Fun and Easy to Learn!