This is not bad, of course, for the health benefits and the clarity of mind are absolutely phenomenal.

There is one problem, however, that I wish to address here, concerning the martial arts, and this secret gung fu thing. 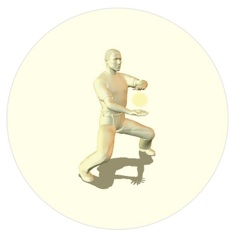 Secret Gung Fu shouldn’t be secret, and that is the heart of the Shaolin Butterfly

My solution to this problem was to concentrate on isolating the main concept–and motion–behind a system of gung fu, and concentrate upon just that concept.

I didn’t want to learn by memorizing series of tricks, you see, I wanted to go for the gold. I wanted to find out the real secret gung fu behind any system I studied.

Every system I studied, however, was based on a different concept. Wing Chun slipped and angled , and the Mantis pulled with a hook. Pa kua made circles and deflected, and Tai Chi guided by absorbing. None of the systems seemed related, and this made finding a secret gung fu difficult, to say the least!

No matter what type of gung Fu you are studying, the body is the common denominator.

Gung fu, flower arranging, dance, taking a walk…they all need a body. And the body is constructed the same, for the most part, from person to person.

Thus, I dissected and analyzed all the arts, and found that there is a principle of body motion, relating to and coming from the body, that is the same for virtually all arts. And the arts I was studying suddenly made sense, and I could see the connections. I had found my secret gung fu.

I had found the source of it all!

Eventually, I formed my own system, and it is based on this common principle of body structure, and the only potentials of motion that a body is capable of.

I call this system the Shaolin Butterfly, and the true glory of it is that is includes virtually all potentials of motion from all other systems of Gung Fu. Oh, and one other thing about this secret gung fu system that is great–it can be learned in a couple of months.

This blog on secret gung fu was originally published 2009/06/03 on the Matrix Martial arts blog.