Bruce Lee Essay just below is a pretty unique collection of thoughts.

Some instructors of martial art favor forms, the more complex and fancy the better. Some, on the other hand, are obsessed with super mental power (like Captain Marvel or Superman). Still some favor deformed hands and legs, and devote their time to fighting bricks, stones, boards, etc. 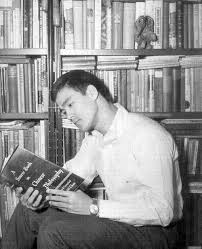 Bruce Lee was young when he wrote this this essay.

To me, the extraordinary aspect of gung fu lies in its simplicity. Gung fu is simply the direct expression of one’s feeling with the minimum of movements and energy. Every movement is being so of itself without the artificiality’s with which people tend to complicate it. The easy way is always the right way, and gung fu is nothing at all special; the closer to the true way of gung fu, the less wastage of expression there is.

Instead of facing combat in it’s suchness, quite a few systems of martial art accumulate “fanciness” that distorts and cramps their practitioners and distracts them from the actual reality of combat, which is simple and direct and non-classical. Instead of going immediately to the heart of things, flowery forms and artificial techniques (organized despair!) are ritually practiced to simulate actual combat. Thus, instead of being in combat, these practitioners are idealistically doing something about combat.

Worse still, “super mental this” and “spiritual that” are ignorantly incorporated until these practitioners are drifting so much further and further into the distance of abstraction and mystery that what they’re doing resembles anything (from acrobatics to modern dance) but the actual reality of combat.

All these complexities are actually futile attempts to arrest and fix the ever-changing movements in combat and to dissect and analyze them like a corpse. Real combat is not fixed and is very much alive. Such means practice (a form of paralysis) will only solidify and condition what was once fluid and alive. When you get off sophistication and whatnot, and look at it realistically, these robots (practitioners, that is) are blindly devoted to the systematic uselessness of practicing routines or stunts that lead nowhere.

Gung fu is to be looked at without fancy suits and matching ties, and it will remain a secret when we anxiously look for sophistication and “deadly” techniques. If there are really any secrets at all, they must have been missed by the seeking and striving of its practitioners (after all, how many ways are there to come in on an opponent without deviating too much from the natural course?). True gung fu is not daily increase, but daily decrease. Bring wise in gung fu does not mean adding more, but to be able to get off with ornamentation and be simply simple – like a sculptor building a statue, not by adding but by hacking away the unessential so that the truth will be revealed unobstructed. In short, gung fu is satisfied with one’s bare hand without the fancy decoration of colorful gloves which tend to hinder the natural function of the hand.
Art is the expression of the self. The more complicated and restrictive a method is, the lesser the opportunity for the expression of one’s original sense of freedom! The techniques, though they play an important role in the early stage, should not be too restrictive, complex, or mechanical. If we cling to them we will become bound by their limitations. Remember, you are expressing the technique and not doing the technique. When someone attacks you it is not technique number one (or is it technique number two, stance two, section four?) that you are doing, but the moment you become aware of his attacks you simply move in like sound and echo without any deliberation. It is as though when I call you, you answer me or when I throw something to you, you catch it, that all.

3 Responses to Bruce Lee Essay: My View on Gung Fu