Learn Jeet Kune Do on Your Own!

Where to Learn Jeet Kune Do

These are common questions, and the answer is simple and yet difficult.

Bruce Lee died, and he left only three individuals with the certification to learn Jeet Kune Do. These individuals were Danny Inosanto, Taky Kimura, and James Yimm Lee. James Yimm Lee is dead now, so that leaves two. So if you are fortunate enough to live by them, you could probably meet them, and possibly study with them. 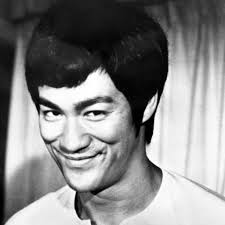 Study every martial art you can, my friend, it is the only way to be truly knowledgable. 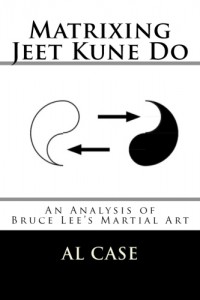 You can’t learn it unless you understand it. This is the ONLY book that breaks JKD down to its source concepts.

If you don’t live near these martial arts instructors, then there are a number of things you can do to learn Jeet Kune Do.

First, there are a number of Jeet kune Do videos out there. A simple google will tell you how to purchase a Jeet Kune Do DVD.

Second, although certification is often lacking, there are a number of Jeet kune Do schools out there.

The Twelve Jeet Kune Do Principles

Non Telegraphic Movement ~ Do not prepare for a strike. This is a very zen concept. Don’t move or even lean the body or the mind before an action.

Longest Weapon To The Closest Target ~ Use the lead hand and the lead leg to open the attack or initiate the defense, the rear hand and leg are too far away and can be seen too easily.

Non Classical Movement ~ Don’t use fixed stances or training forms, as in classical karate or gung fu systems. Fixed stances and forms are rigid, inflexible to change, and do not represent actual fighting situations. Use drills that are fluid and alive and always changing.

Use Of Broken Rhythm ~ Speed up or slow down on the attack or defense. This will break the timing of the opponent.

On the half ~ Striking the opponent before he completes his attack interrupts his rhythm and is hitting on the ‘half beat.’ This can be done at any time in a sequence of attacks.

Adaptability ~ The only constant is change. Fights are nothing but change. You must adapt to the situation, change with the change. You must not rely on a fixed set of techniques, or you will be out-changed. This is a matter of self-expression.

Use Of Feints and False Attacks ~ Use a feint, or a fake attack, to draw the opponent into a reaction. Once he reacts you can read him and then predict what kind of fighter he is, and what he will do. Feints also distract the opponent, put him out of position so that you may simply defeat him without secondary action.

Interception ~ Jeet Kune Do means ‘Way of the Intercepting Fist.’ Blocking means you haven’t perceived the attack, and you are now moving behind the action. You are now responding to instead of creating. Better to simultaneously parry and hit, or just to hit first (after perceiving that a fight is eminent and will occur…you must do everything in your power to de-escalate a fight before it happens) To accomplish the action of this principle you must control the distance so that the opponent has to extend himself to reach you.

Alive Footwork ~ Being mobile is crucial. Learn mobility and you can move into position to strike, or move out of a position that would be struck. Control of distance, rhythm and timing are controlled by footwork, so your footwork must be fluid and alive.

Focus on Low Line Kicking ~ It’s dangerous to kick high in a real situation. High kicks are slower, put your balance at risk, offer your opponent or lever, and so on. Low kicks, on the other hand, to the knees or groin, are quick and easy and hard to defend against.

Some people think you should learn the Five Ways of Attack in this list, but I put them in a separate category, and they will be on a separate page of this site.

This has been a page about Bruce Lee Jeet Kune Do fighting Principles.

42 Responses to Learn Jeet Kune Do on Your Own!