Bruce Lee Fights that were Real! 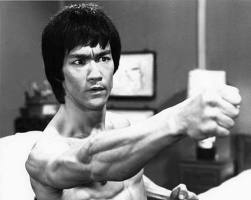 In real life Bruce Lee contests were usually over in seconds!

Bruce Lee Fights happened, and they were real, and they were vicious. This page is going to list the Bruce Lee contests that happened off the screen, out of the movies, and for real.

This has been a page about the fights of The Little Dragon.

One Response to Fights