Should You Take a Gun to a Martial Arts Fight?

I get all sorts of emags, having to do with martial arts, of course, and prepping, and that includes a lot of knife and gun mags.

Hey, guns ARE (regardless of what I am about to say) Martial Arts weapons.

But, the point I read in the latest emag I received was that most people, during frantic panic, will miss the target if that target is over 10 or 12 feet away. 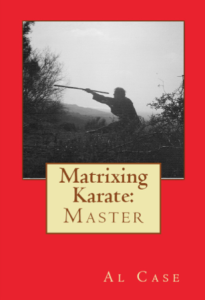 Now, jump up and run across the room as fast as you can. That’s the distance you have to worry about in a gunfight, and you covered it in a second and a half, and now the weapon is somewhat negated and you are into the down and dirty, close combat, kill with your bare hands before he kills you!

Now, don’t go crazy on me, I know there are all sorts of what ifs right here, but this scenario does have enough truth to it that it should be considered. And, considered, I come up with one definite truth: a person, regardless of all factors, needs fast reactions, strength, and a mad ‘alpha’ dog attitude towards life and fighting.

Here’s the sad truth, most guys who preach guns do not spend time on the mat, do not hone their reflexes and reactions so they are razor sharp, are not in the best shape of their lives.

They will lose hand to hand.

But, they believe in guns.

And, before anybody goes mad ‘alpha’ dog on me, my compliments to you if you have seen to your physical shape and shoot guns.

But I see too many fellows at the gun shows who have large bellies and start wheezing if they have to do more than turn a wrench.

So, there is a basic unfairness here, it seems like I am attacking gunsters, and just because I love martial arts, but the truth is that I just believe that if you are going to hold a hunk of metal that is going to pop out a life ending punch with the twitch of a trigger finger, you should also make sure that you have your muscles lean and mean.

So ease up on the beer and pretzels, head down to the Karate dojo or the Taekwondo dojang.

Get a course on the internet for tai chi chuan, if you are in really bad shape. Or just start doing some squats and push ups, even if you need to hold on to something or do them from your knees. Heck, go take a darned Yoga class if you have to!

The point here is that guns are great, but you need fast reactions, if you are going to use them efficiently, and you need to be in good shape for that.

This has been an article about what would happen if you took a gun to a martial arts fight.

It has been presented by MonsterMartialArts.com, where you can split the difference between martial arts and guns by ordering the BEST knife fighting course on the planet.