The Difference Between Bruce Lee and You

Finding the Truth of Bruce Lee…and Yourself

Okay,
so what is the difference between Bruce Lee and yourself?
Let me list some things,
and we will see how you fare.
Remember,
however,
this is to be used only to point you in directions,
to make you think about your work outs,
and what you want to do in the martial arts.
Other than that,
comparisons between people are sort of silly.
We are each unique,
you know? 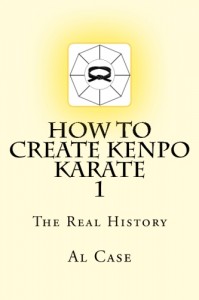 Bruce researched some 26 different martial arts.
How many martial arts have you researched?
Not just read an article about,
but delved into and found books and videos
and even talked to people from those arts?

Bruce Lee made connections between various Martial Arts.
He was mixing and matching between not just techniques,
but training methods,
and in this way he came up with his own training methods.
Have you gone through a variety of martial arts?
Looked for training methods that you can import
into your own martial art?

The Little Dragon was not politically correct.
He talked the talk,
and he was willing to put it on the line.
Fortunately,
he only had a couple of fights,
but he was willing to mix it up
with any fellow who came into his studio
and had a serious question.
Further,
he was willing to learn from what he observed,
and even to the point of fixing his own system.
This is an important point:
are you willing to let yourself be proved wrong?
And then learn from it?

The Dragon read voraciously
and his library of philosophical volumes
was supposed to number up to 5,000 books.
And he had read,
and could even quote
from those books.
How many books have you read?

Mr. Lee did what he wanted.
He started and stopped teaching,
had schools,
went to Hollywood,
went around the world,
talked to whoever he wanted.

He was,
in a word,
dedicated.
He was dedicated to finding the truth of his art,
and the truth of himself.
He succeeded by incredible willpower.
Are you wiling to make that commitment.

Look at the ways he was organizing the martial arts.
He would list all the potentials of timing.
He lacked a matrix,
and there are doubtless still holes,
but this can be credited to the fact
that he was slanting himself
towards a certain combat efficiency.

He tried to list all the potentials for ways of attacking,
he developed new ways of training chi sao (sticky hands),
and on and on and on.

And all because he was dedicated,
and dedicated to learning everything he could
about all martial arts.
He just lacked matrixing
to make sure he got it all,
and to make sure the organization was correct.

Here’s an interesting concept,
when I matrixed time on the Matrix Kung Fu course,
I left out split timing
because it was too obvious.
Yet Bruce’s understanding of timing
doesn’t include what is on my matrix
on that course.

I tell you,
I really enjoy going over what Bruce did,
and comparing it to what I did.
Lot of food for thought there.

Anyway,
think about the questions I’ve posed here,
and consider whether you have sufficiently
compared and contrasted
enough martial arts,
and more important,
whether you have a method
by which you can make sure your art is logical,
and fits together as a whole.

It has a matrix for timing
that will totally educate you
as to what timing is,
and how to use it.
The funny thing is,
accept for the fact it is about timing,
it addresses an entirely different subject,
but without that subject
you can’t really understand what timing is.
Odd.
But that’s what matrixing does,
it makes the connections you never would have seen.

Have a great work out!
Al